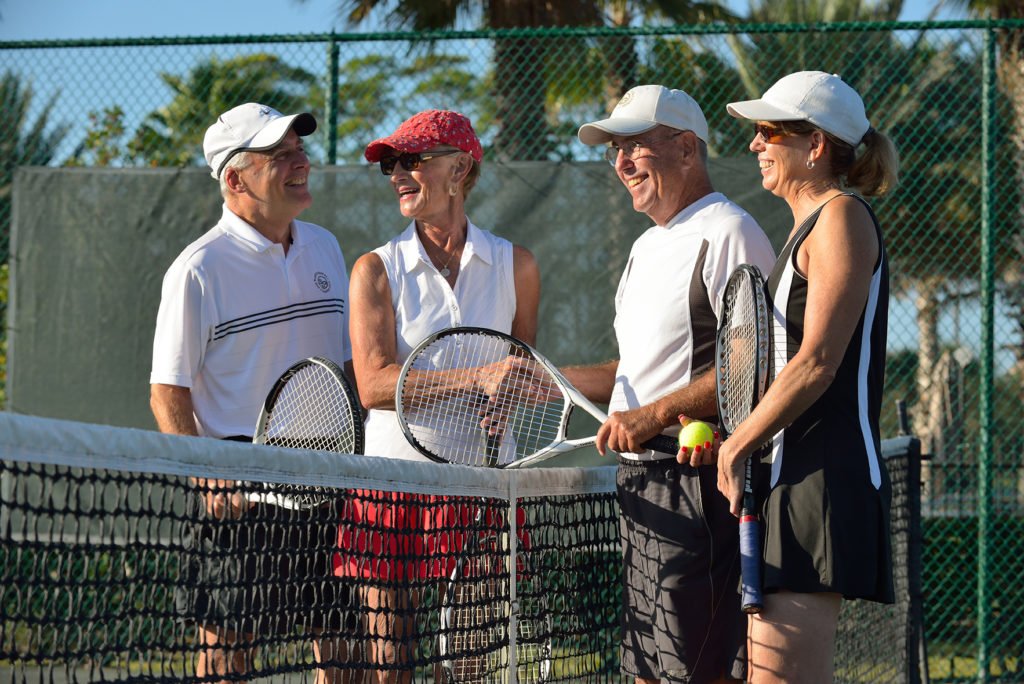 Meeting new friends and staying active is a priority for many Plantation Bay residents, and a sports membership is an ideal way to accomplish both goals at the same time. Whether you like shooting hoops and playing a little one-on-one, or trying your hand (we should say toss) at the ancient game of bocce, or getting involved with the community’s fastest growing activity, tennis. Tennis is great exercise and a fun sport, and it’s big doings at Plantation Bay, where the tennis complex boasts ten Har-Tru courts for members to enjoy year round. Night play is available, which is very popular, especially in the summer months.

Tennis is for Everyone

Not only is tennis great exercise and a fun sport, it’s a terrific way to meet friends, neighbors and like-minded enthusiasts. And it’s big doings at …MORE

A League of Our Own Whether your interest is just a social game or a competitive match, we have a program for everyone. Adult leagues are the most popular program …MORE

Almost the Most Popular Sport in the World, did you know the early Romans were among the first to play a game resembling what we know as bocce today. In early …MORE